20 people arrested in connection with the deaths in Phoenix 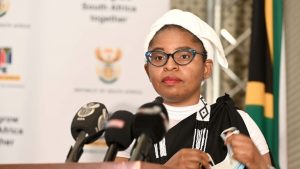 Acting Minister in the Presidency, Khumbudzo Ntshavheni says a total of 20 people have now been arrested in connection with a number of deaths in Phoenix, north of Durban, in KwaZulu-Natal (KZN).

There has been a public outcry on alleged police inaction following the deaths in the area.

On Friday, Ntshavheni addressed the media in Pretoria during which she announced the arrest of five more people in Phoenix.

Community forums in Phoenix formed groups to protect themselves against those looting and burning shops and malls in the province.

However, reports say many of the groups in Phoenix resorted to vigilante activities and at least 20 people who were allegedly trying to commit crimes including looting were killed.

Scores of bodies have yet to be identified at the local mortuary.

The government has been criticised in some quarters for not coming out strongly enough against those who carried out the killings.