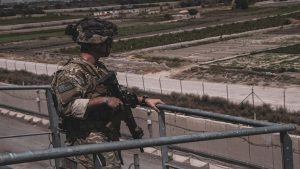 There is a high threat of a terrorist attack near the airport in Kabul, Australian Minister for Foreign Affairs Marise Payne said on Thursday, as Canberra urged its citizens and those with a visa for Australia to leave the area.

Australia has been evacuating its citizens and visa holders for more than a week from Kabul airport, where Canberra had urged people to travel in order to be ready for transport.

Late on Wednesday, Australia changed its advice to those in the area, which Payne said was based on heightened concerns of an attack.

“There is an ongoing and very high threat of a terrorist attack,” Payne told reporters in Canberra.

The warning heightens the risk that scores of Afghans holding visas for Australia could be left behind as Canberra readies to end its evacuation programme.

Prime Minister Scott Morrison, who has previously said Australia will unlikely be able to evacuate everyone, declined to comment on whether Australia would continue flights up to the August 31 deadline the Taliban insists must be adhered to.

Morrison said Australia has now evacuated about 4 000 people out of Afghanistan after another 1 200 people were flown out overnight.

Many of these remain in the United Arab Emirates, Morrison said, while 639 have been evacuated to Australia.

Australia was part of a NATO-led international force that battled the Taliban and trained Afghan security forces in the years after the militants were ousted in 2001.

More than 39 000 Australian military personnel served in Afghanistan and 41 were killed there.