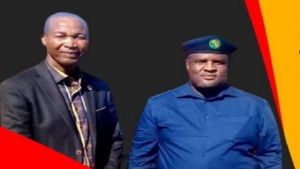 The newly elected president of the Azanian People’s Oganisation (Azapo), Nelvis Qekema says the party has over the years failed to advance the ideals of its founding father, the late Black Consciousness leader Steve Biko.

Qekema has visited Biko’s Family in Ginsberg in the Eastern Cape as part of their movement’s renewal journey.

The visit also coincided with Biko’s birthday commemoration. Biko was born on the 18th of December 1946. He died under police brutality in 1977.

Qekema has committed that Azapo will from now onwards, work tirelessly to keep Biko’s ideals alive.

He says, “We should have been able to run a bit faster than we did so that we were able to make him happy in terms of ensuring that the legacy and the ideals which he died for, live. The ideals of which he died are seen to be in governance, in the academia. We need to see those in our culture as people. We need to see those in terms of naming and renaming places of our country.”