Bloemfontein residents express importance of voting as elections get underway 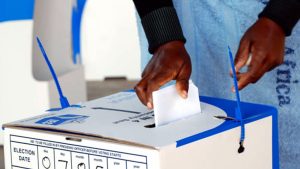 Some residents in Bloemfontein who lined up at the voting station early say their vote is crucial in this year’s local government elections.

They say the future of the country lies with everyone’s vote that can be exercised through voting.

Residents are hoping for an improvement of service delivery in their ward and across Mangaung Metro municipality.

Issues of uncollected refuse, sewer spillage and incomplete projects have been in the spotlight in the metro municipality.

Those who went out to cast their votes say they are excited.

“I think is very important. We’ve got the privilege in South Africa to be able to vote and I think everyone should exercise their right to vote. Today I’m just praying for South Africa that the right vote is made. The future of our kids will be bright,” says one voter.

Another voter says: “I woke up early this morning so that I could do my vote very early instead of late in the afternoon which is better for me as an elderly so that I don’t have to stand in line.’

Meanwhile, voting has also started at Zamdela in Sasolburg, in the Free State.

Queues started to form as early as 04:30 in Zamdela, which falls under Metsimaholo Local Municipality.

There are also elderly people in the queue who did not apply for special votes.

Metsimaholo is a hotly contested municipality that is currently governed by a second coalition led by the South African Communist Party (SACP).

The first coalition collapsed in 2017.

The residents say they arrived early to avoid the hot temperatures that they’ve been experiencing in recent days and some will be going to work.