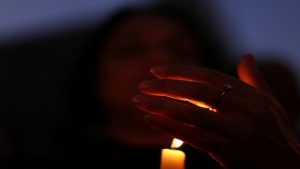 The City of Cape Town says a full investigation will be launched to determine the exact cause of the power outage that hit a large part of the Mother City on Monday and Tuesday.

The power outage affected several parts of the CBD, Woodstock and areas along the Atlantic Seaboard.

By midday on Tuesday, power had been restored to Woodstock, Vredehoek, Gardens, District Six around Constitution Street, parts of the East city CBD and parts of the Foreshore.

Residents and holiday-makers were left without electricity for nearly 24 hours.

Traffic lights were down, cell phones had no signal and residents were left in the dark.

Teams from the City and Eskom conducted repair work on two high voltage lines that caused a massive electrical short just outside the City.

Cape Town Mayor, Geordin Hill-Lewis, says an investigation to determine what caused the incident will be launched: “Repairing some of the underground cables is our top priority now. It will take some, although some residents do have power, we need to push repairs forward and find out what caused this fault.”

Residents and holiday-makers had this to say about how the power outage affected them: “When the power went off, it was like a total blackout, nothing was working, so, we had to make do with what we had.”

One restaurant owner says: “My staff and I struggled throughout the day. It became a problem for us when customers couldn’t swipe their cards or draw money from nearby ATM  machines.”