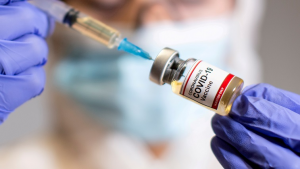 Chile’s Institute of Public Health said on Thursday it had approved the emergency use of COVID-19 vaccine developed by Belgian laboratory Janssen for US pharmaceutical Johnson & Johnson.

The single-dose vaccines will arrive through the global COVAX mechanism, which distributes vaccines to low and middle-income countries and is supported by the World Health Organisation (WHO) and Global Vaccines Alliance (GAVI).

“This vaccine, which requires a single dose, is already authorised in Brazil, the United Kingdom, Canada, Colombia, the European Union, Mexico and the United States, in people aged 18 years and over,” the institute said in a statement.

Chile hosted a trial of the Johnson & Johnson vaccine, along with five other Latin American countries, and had thrashed out a bilateral deal to buy the jab, but it failed to materialise amid pressure on supply from the United States and Europe, which had already ordered large batches.

Earlier Thursday, European Union decided not to take up an option to buy 100 million doses of J&J’s vaccine after reports of safety and supply problems.

The vaccine has been linked to very rare but serious cases of blood clots.

The GAVI Vaccine Alliance said late last month it has agreed to buy 200 million doses of J&J’s vaccine as it sought to fill a shortfall in COVAX provision caused by India suspending exports.

Chilean authorities have already authorised four vaccines for emergency use in Chile: Pfizer BioNTech, Sinovac, AstraZeneca/Oxford and Can Sino.

To date, Chile has inoculated 11.2 million people, 75% of its target population, with at least one dose of COVID-19 vaccine, while 8.7 million, 57.8% of the target, have been fully inoculated.