Citizens urged not to forego their power by not voting 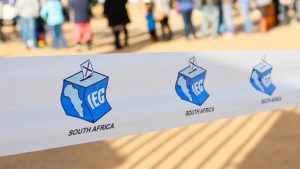 Political analyst Dr Lubna Nadvi has cautioned disillusioned South Africans not to forego their power by opting not to vote.

With three days left to the Local Government Elections, many voters have expressed frustration over poor service delivery, load shedding and crime.

Nadvi says the ballot is the most effective means of protest.

“If you have a burst water pipe on your road, you have a pothole, every time you drive over it your car gets damaged. Your refuse is not getting collected. What has actually been achieved by not voting? Whereas if you had actually had voted of your choice or someone who you think would have made a difference, and say many other thousands of people had voted for the same individual, that individual can then come into office and make sure that your refuse is collected. I think we must become more smarter. Let’s call it, politically literate with regards to what action and what impact our actions [your vote] actually have,” says Nadvi.

Nadvi says every voter plays an important role in a developing democracy.

Below is the full interview:

Meanwhile, political parties seem to be already pronouncing on their preferred coalition partners ahead of this year’s elections.

Judging from South Africa’s politics in recent years, coalitions might be the country’s norm following the decline of the ANC which has been in government since the end of apartheid in 1994.

The party has been going through a gradual decline in votes from a high of over 60% in previous years, slipping to below 50% in 2016 in the cities of Tshwane, Johannesburg, and Nelson Mandela Bay.

As South Africa’s official opposition, the DA shows no sign of benefitting from the ANC’s limping stature, this has forced political parties to enter in “marriages of convenience”.

The video below discusses the politics of coalitions in South Africa: