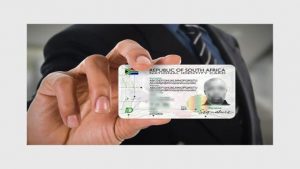 Authorities are urging people to collect their IDs from Home Affairs offices so that they can vote in the November first local government elections.

Voters must present a valid ID and have been registered to vote – in order to cast their ballots.

At least 400 000 IDs remain uncollected at Home Affairs offices across the country.

However, some people say the service from Home Affairs is not up to scratch – complaining of incompetence and inefficiency.

Thozama Khebe – whose surname was incorrectly spelled in her identity document – says life has been difficult.

The Deputy Minister of Home Affairs Njabulo Nzuza acknowledges that human error does play a part in some cases.

“Well there is some level of human error that will happen in a work environment and there are cases that we deal with where people have been wrongly allocated the wrong set of gender. About a week ago I was alerted of a case, we have since resolved it, we resolve those cases if people come up. If you feel that you are not being helped, you have a right to call the national helpline so that you can be helped.”