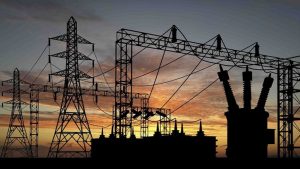 The City of Cape Town says there has been a spike in vandalism of its electricity infrastructure in the Paarden Eiland area over the past few months.

Van Reenen says repairs and replacement of the infrastructure cost the city millions each year.

“We absolutely condemn these acts and are committed to improving the security at our infrastructure. Patrols to the area will be increased and additional fencing installed at the affected sub-stations. We appeal to residents to assist us by reporting any suspicious activities near electricity infrastructure to both the South African Police Service and the City so that we can bring an end to infrastructure theft and vandalism,” says Van Reenen.

In December, there was a massive power outage that hit large parts of the City of Cape Town. Several parts of the CBD, Woodstock and areas along the Atlantic Seaboard were affected.

VIDEO: City of Cape Town massive power outage to be investigated in December: