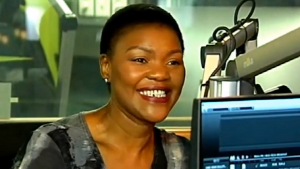 Closing arguments in the disciplinary hearing of SABC News Group Executive, Phathiswa Magopeni, are expected to be submitted on Wednesday.

The public broadcaster’s Editor in Chief is facing charges of negligence and bringing the company into disrepute. The matter relates to the airing of a Special Assignment episode which the SABC had been interdicted from broadcasting.

Day three of the internal disciplinary hearing between the public broadcaster and its head of news has concluded with Phathiswa Magopeni giving evidence.

The Editor in Chief has reiterated that she did not defy an interdict when a programme was erroneously aired on the public broadcaster’s platform.

“I neither caused the programme to be aired nor went against the interdict. I took steps to honour the instruction that was given and was clear about what was required. We, as News, store material for 6 days I would not know that video entertainment keeps for more than a month,” says Magopeni.

According to Magopeni, there are gaps in the SABC system that need to be rectified when it comes to dealing with legal issues. She says there is a need to be clear Standard operating procedures across the entire public broadcaster.

“We don’t have any guides that deal with interdicts that will be understood by both legal and the divisions. It’s got to cut across all divisions because we get interdicted at different times. So we need to have a standard operating procedure that we follow from legal and the divisions themselves. The other is, I think there is a lot of taking things for granted in our system. Because it works in your area, you think you are safe and the other side assumes the same. There has got to be a different way to avoid the situation that we find ourselves in.”

Magopeni has accused the public broadcaster of conducting an investigation through a disciplinary hearing.

“I’m sitting here hearing things for the first time during these last three days. We conducting an investigation through a disciplinary hearing. I was charged before an investigation,” adds Magopeni.

Chair of the proceedings, Advocate Nazeer Cassim says he’s tried not to delay the process. “I am not affiliated to SABC.”

Written closing arguments are expected to be submitted on Wednesday.

SABC Hearing | Closing arguments expected to be heard on Wednesday