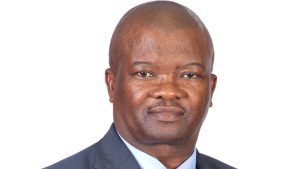 President of the United Democratic Movement (UDM) Bantu Holomisa believes that coalitions are the future and that no one party can successfully run a metro.

“Coalitions are here to stay. South Africans have shown that they are sick and tired of one-party dominance because one party dominance breeds corruption. we have seen it here in SA. So if after the first of November, there will be no major outright winner. They are going to be forced to go and ask for assistance,” says Holomisa.

Holomisa was speaking to SABC News on Thursday evening during a one-on-one interview to dissect the party’s manifesto for the upcoming Local Government Elections.

The UDM leader maintains that he is not worried about losing supporters or votes for the upcoming elections.

Holomisa, who has been President of the UDM since 1997, believes that voters can see through the ruling party and other contesting parties, as he explained the UDM’s stance on anti-corruption.

“So the onus is on the voters themselves. I am not worried about why people have not been responding as I move around, you can see that they are fed up. Because they know now why the kids are not getting jobs. Their money is being misused,” says Holomisa.

Meanwhile, Holomisa stands by the late former Mayor, Mongameli Bobani. He is adamant that Bobani was innocent against all allegations of corruption leveled against him.

“I don’t regret because where you are heading to it’s as if we had evidence. This is the evidence we wanted before, it doesn’t count because they didn’t come up with the evidence by the time we wanted it. Now that he’s dead, they want to say he’s corrupt? I have never heard such a thing,” says Holomisa.