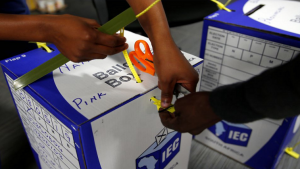 Some communities have registered their displeasure at the African National Congress’ (ANC) process of selecting Local Government Elections candidates.

They allege that gatekeepers are manipulating and abusing the process to impose their preferred candidates.

Those who are complaining include residents of Phatsima village in the Rustenburg Local Municipality in the North West, where protests have been reported.

Community spokesperson, Mamorwa Ndlovu, says their votes for preferred candidates have been rigged.

“We elected our preferred councillor Ms Maki Sethonga, but there were 200 ballot papers that were sneaked in to increase those of her contender, so that she could win. So we really need answers because our candidate received the majority of votes.”

The ANC Interim Provincial Committee has acknowledged receipt of several disputes from residents across the North West.

Spokesperson, Kenny Morolong says, “We are aware that there are comrades who have expressed discontent with respect to how these matters have been handled. I also wish to place on record that those disputes that have not been resolved will also be entertained by the electoral committee prior to the meeting of the extended national executive committee meeting.”