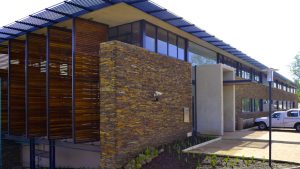 The Pietermaritzburg High Court has set aside long-term residential leases by the iNgonyama Trust for communal land in KwaZulu-Natal and ordered the trust to refund all money received from these unlawful leases.

The court ruling has been hailed as a massive victory for rural villagers.

Set up in 1994 with late King Goodwill Zwelithini kaBhekuzulu as the sole trustee, the trust controls 2.8 million hectares of land.

Several people, including women from remote rural areas, took the iNgonyama Trust to court to challenge the legality of the long-term leases it was forcing people from rural communities to sign.

Since 2017, the iNgonyama Trust has collected millions of rand in rental for rural villagers’ residential settlements. It is not clear how many leases were signed and how much money was collected from the leases.

But, the Parliamentary Portfolio Committee on agriculture and land pointed out that it collected R90 million in rent in the 2018/2019 financial year alone.

Bongani Zikhali from Jozini in northern KwaZulu Natal is one of the people who took the trust to court and says the leases were another form of oppression.

Zikhali says, “As I am speaking to you today, we the rural people don’t see or get any help from iNgonyama Trust. We build our own homes through our sweat. The decision by the Trust that we should pay levies is not different from what people were fighting for during the Bambatha uprising, protesting against paying pound tax to the magistrate.”

The Council for the Advancement of the South African Constitution (CASAC), which provided legal assistance to applicants, has described the recent judgment as a huge victory for the rural masses.

CASAC executive secretary Lawson Naidoo says the iNgonyama Trust has been ordered to refund all monies it collected in terms of these leases.

Naidoo says, ”The judgment only concerns people occupying residential land and it does not apply to commercial leases. Those are outside the ambit of this judgment. Firstly, the iNgonyama Trust is going to have to open its books for proper scrutiny which they have failed to do up until now.”

“The Auditor General and the Parliament’s Portfolio Committee have raised this issue that the books are not transparent and they have not been able to explain how they have been spending the money they have raised,” added Naidoo.

The court ruled that the land belongs to the people and not the trust. The court found that communities were not consulted about the decision to change from permission to occupy agreements to long-term rental leases.

According to the ruling, people’s informal and constitutional land rights were violated.

In 2017, a high-level panel set up by the National Assembly and chaired by former President Kgalema Motlanthe, recommended that the iNgonyama Trust be dissolved and the terms of which it was established be repealed.

The court has now ordered the Minister of Rural Development and Land Reform to report back to the court within three months on measures it has taken to safeguard the land rights of people living on traditional land.

Numerous attempts to get comment on the court ruling from the iNgonyama Trust were unsuccessful.