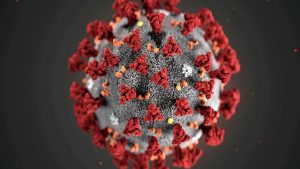 “While the theory was reported, many media outlets also dismissed it as conspiracy mongering. The possibility of a routine lab accident became caught up in the theories about bio-weapons and germ warfare,” the publication said in a report released on Tuesday.

“Scientists were keen to focus debate on how to deal with the pandemic, not a geopolitical fracas,” it said, adding that “beyond those crumbs of truth, however, everything is just speculation.”

Though the noise keeps on rising, “there has been scant new, hard evidence pointing to the lab leak theory,” said Foreign Policy in its report.

“One of the most effective parts of the lab leak theory is not the quality of evidence but the quantity. Bits and pieces are fired out at a rapid pace, some of them even contradicting each other, before they can be adequately discussed or broken down.”

“I don’t think that we’ve learned anything new in the last few months,” Stephen Goldstein, who studies evolutionary virology at the University of Utah, was quoted by Foreign Policy as saying. “We’re completely in want of evidence.”

Science has confirmed that the COVID-19 virus is a “natural virus,” not a bioweapon, added the report.

On March 17, 2020, Kristian G. Andersen, a professor at the Department of Immunology and Microbiology at Scripps Research and his colleagues published a paper in Nature Medicine in which they claimed COVID was not created in a lab or “purposefully manipulated”.

The paper’s findings will be supported by more and more evidence in the future, said Andersen in a statement.