Dr Daniel Malibongwe Pasiya to be laid to rest on Friday 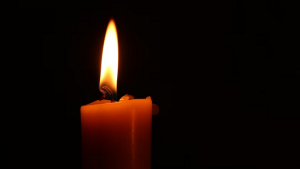 Eastern Cape Businessman and Philanthropist, Dr Daniel Malibongwe ‘Stishi’ Pasiya, will be laid to rest in Mthatha on Friday.

He has been given a Special Provincial Official Funeral, category two.

Eastern Cape Premier, Oscar Mabuyane, will deliver the eulogy at the funeral.

Dr Pasiya was a beacon of hope to many poor communities in the province.

The Provincial Government has described Dr Pasiya as a businessman, a community builder and an outstanding philanthropist.

Mabuyane says Pasiya was a community builder whose mission was always in line with the Provincial Development Goals.

He says he will always be remembered for his contribution to the development of the economy.

As part of category 2 Provincial Funeral, flags have been flown half-mast in honour of him.

He will be laid to rest at Mbuqe Cemetery.