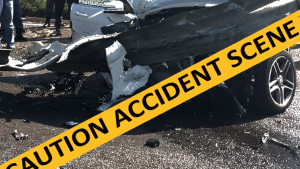 Eight people have been killed in two separate crashes on the N1 south outside Musina in Limpopo.

In the first one, an overloaded vehicle overturned killing six people including the driver. Fourteen people were injured.

In a second crash, two people were killed in a collision between two vehicles.

“We can confirm that eight people were killed in two separate accidents on the N1 south outside Musina last night. In the first accident, the driver of a Nissan Navara which was overloaded lost control and it overturned. Six people and the driver were killed and fourteen escaped with injuries. In another accident that happened an hour later, two people were killed in a head-on collision.”

Meanwhile, family members of the 17 people who died in a crash on the N1 near Mookgophong in Limpopo earlier this month say they are traumatised.

The deceased were burned beyond recognition after the minibus-taxi they were travelling in burst into flames following a head-on collision with an SUV.

The driver of the SUV also died in the crash. Two families each lost three members.

In the video below, families express their grief when identifying remains of their deceased family members: