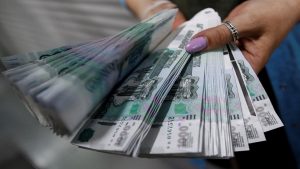 “This time around … if this conflict were to happen, you would see an increase in energy prices,” Gopinath told Reuters in an interview, noting the current crisis was unfolding in winter and natural gas reserves were much lower in Europe.

Prices of other commodities exported by Russia were also rising, and could trigger a “bigger, broad-based increase” in commodities prices if the conflict ratcheted up, she told Reuters after the release of the global lender’s updated World Economic Outlook.

Russia’s economy contracted by 3.7% in 2015 due to falling oil prices and international sanctions imposed after the annexation of Crimea.

The IMF currently estimates that Russia’s economy will grow 2.8% in 2022, but that forecast does not include concerns about the conflict, Gopinath said.

Gopinath told a news conference earlier that an escalation of the conflict and potential Western sanctions on Russia would likely push oil and natural gas prices higher, driving energy costs higher for many countries in the world.

That meant headline inflation, already at extremely high levels across the globe, could stay “much more elevated for longer,” she said.

That in turn, she told Reuters, could prolong “very high inflation numbers” and raised the risk that they could get entrenched and start feeding into wage-price spirals.

Such a conflict would also have an impact on the Russian stock market and the Russian currency, the rouble, she said, adding that IMF officials still hoped for a peaceful resolution.

The IMF on Tuesday revised up its 2022 inflation forecasts for both advanced and developing economies, and said elevated price pressures were likely to persist longer than previously forecast, but said prices should subside in 2023 as growth in fuel and food prices moderated.