Estranged wife testified against me because divorce settlement did not go her way: Gigaba 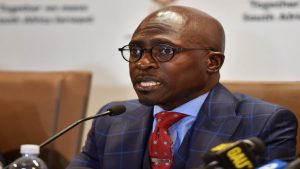 Former Public Enterprises Minister Malusi Gigaba has told the Commission of Inquiry into State Capture that his estranged wife Noma Mngoma testified against him at the commission because their divorce settlement did not go her way.

On Thursday night, Gigaba was cross-examined on his estranged wife’s earlier evidence.

In her testimony,  she said Gigaba had asked police to confiscate her gadgets and destroy all pictures of their trips to Mauritius and Dubai.

This was allegedly to conceal evidence from the commission on the trips allegedly paid for by Ajay Gupta and former South African Airways (SAA) board chairperson Dudu Myeni.

But in his rebutal, Gigaba said Mngoma mentioned all this because she is bitter.

Mngoma testified that Gigaba agreed on a divorce settlement expecting her not to testify against him at the commission.

But Gigaba has denied all this saying they could not agree on a number of issues in their divorce settlement.

The former minister’s cross examination will continue on Friday morning.