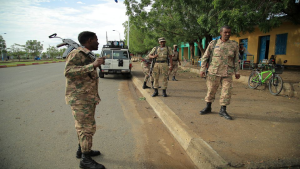 Ethiopia’s government said on Monday rebellious Tigrayan forces had killed 100 youths in Kombolcha, one of two towns the rebel group said it captured over the weekend.

“The terrorist group TPLF has summarily executed more than 100 youth residents of Kombolcha in areas it has infiltrated. The international community should not turn a blind eye to such atrocities,” the Government Communication Service said on Twitter.

The statement did not include details and government spokesperson Legesse Tulu did not immediately answer phone calls seeking comment.

Tigray People’s Liberation Front (TPLF) spokesperson Getachew Reda did not immediately respond to phone calls seeking comment on this allegation and other issues on Monday morning.