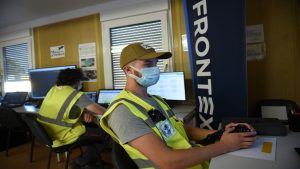 The European Union’s border and coast guard agency needs to make its operational plans more transparent and carry out more rigorous migrant screening procedures, especially for minors, according to a report published by the EU ombudsman’s office on Wednesday.

The report comes as Frontex has been under increased scrutiny for failing to meet transparency requirements, as well as over allegations of violating the human rights of certain people seeking asylum while forcefully returning other migrants to non-EU countries.

Since the 2015 migration crisis, Frontex has extended its responsibilities from a support and coordination agency to operational control at borders, with an annual budget set to be 900 million euros($1.02 billion) by 2027.

The ombudsman’s report was aimed at assessing whether Frontex was complying with the agency’s fundamental rights and transparency requirements under EU rules.

The report added that the agency should publish “its rules on how the Executive Director takes decisions to suspend, terminate or withdraw the financing for Frontex activities for which there are fundamental rights concerns.”

Frontex suspended its mission in Hungary in 2021 after a European Court of Justice ruling expressed worries over human rights abuses by the Hungarian border guard.

Finally, it should “provide more details on how to register minors and document the answers to questions asked during the screening process” while ensuring a cultural expert is present during migrant evaluations.