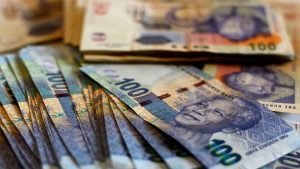 As political parties convene to meet Tuesday’s deadline to seat councillors and speakers in all 213 of the 257 municipalities, the Financial and Fiscal Commission is concerned that a decline in municipal budget allocations will affect service delivery.
The commission says allocations for local municipalities will decline by 0.1% percent over the next three years. This after Finance Minister Enoch Godongawana announced that municipalities will be allocated R450 billion over the next three years.

“The commission acknowledges the difficulties with moderating debt within a subdued economic environment and recommends improvements in cost efficiencies of spending and closing the fiscal leakages to offset the growing deficit and debt. However, the commission remains firm on its stance that the need to exercise financial restraint to achieve fiscal prudence must not come at a net cost towards the socio-economic conditions of our people,” says Nombeko Bava, Chairperson of the Financial and Fiscal Commission.

Municipal Finance Expert and Director at Third Republic Paul Berkowitz says an increase in budget allocations will not solve municipalities’ financial problems. He says better financial management through accountability and transparency is the only answer.

“Ethekwini…the 3 years under Gumede, the irregular expenditure went from about R200 million to R3.2 billion. So an increase of R2 billion over three years in irregular expenditure, so more money won’t solve the problem, it’s about accountability, it is about appointing the right civil servants in a professional capacity, it’s more about the political culture of accountability and consequence and transparency,” says Berkowitz.

The Auditor-General’s report indicates that in the 2019-2020 financial year irregular expenditure among municipalities amounted to R26 billion.

The report showed that only 27 out of 257 municipalities received a clean audit.
MTBPS 2021 | Local government reaction to the medium-term budget policy statement
20 days ago