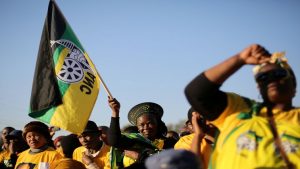 The African National Congress Youth League (ANCYL) in the Free State has appealed to the party’s provincial leadership to prioritise the election of permanent structures.

The youth league says many structures in the province are led by interim leadership.

The ANC Interim Provincial Committee (IPC) was given nine months from June last year to prepare for an elective conference.

Free State ANCYL Convener, Katleho Mangoejane says they are optimistic that the province will hold an elective conference.

“As the ANC Youth League, we are confident that the ANC will convene a successful conference. If you can remember, ANC does not have structures in province, regions everywhere. So all of them are interim structures. So, we must ensure that the ANC goes to the conference. Part of the things that we raised in the PWC meeting is that the ANC must stop being inward-looking, it must focus on the people of the Free State and ensure that their needs are fully captured by the ANC.”

‘No need to rush’

Meanwhile, the South African Communist Party (SACP) in the Free State has reiterated its position that the ANC IPC should not rush into convening an elective conference.

The SACP believes that the committee should focus on rebuilding and uniting the structures from the ground.

The party in the province has experienced various challenges with its elective conferences in the past.

Ahead of the Local Government Elections last year in October, the ANC in the province denied that there are divisions within the IPC.

The video below outlines more details: