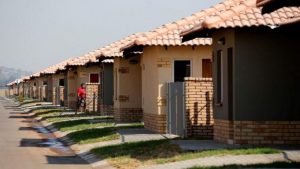 The City of Cape Town says its housing projects have been severely impacted by a surge in gang violence, extortion rackets, sabotage and theft.

The Human Settlements Directorate says it has spent more than R131 million over the past two years on housing projects affected by growing trends of criminality.

The City’s Mayoral Committee Member for Human Settlements, Malusi Booi says some disruptions have been violent and resulted in the loss of life, injury and damage to property.

“Gang violence and alleged extortion experienced at project sites are rife as are challenges relating to sabotage, vandalism, theft, unlawful occupation and damage to property. We are extremely concerned about the increasing trend in these criminal activities which have doubled up over the past 2 years. It has stalled or completely blocked our projects that are key to the development and well being of the communities,” says Booi.