Germany says Russia will pay price if it moves on Ukraine 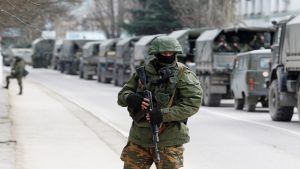 Germany’s Foreign Minister says she hope tensions with Russia over Ukraine could be solved by diplomacy, but she warned that Moscow would suffer if it does attack its neighbour.

Minister Annalena Baerbock was speaking in Kyiv on a tour that next takes her to Moscow after talks between Russia and Western states on the Kremlin’s deployment of tens of thousands of troops along Ukraine’s border ended with no breakthrough last week.

The United States said last week it feared Russia was preparing a pretext to invade Ukraine, which Moscow denies. A cyber attack against Ukraine has heightened alarm.

“Each further aggressive act will have a high price for Russia, economically, strategically, politically,” Baerbock told a joint news conference with her Ukrainian counterpart Dmytro Kuleba. “Diplomacy is the only way.”

As they spoke, Russian military forces and hardware were arriving in Belarus after Minsk announced the neighbours would stage joint manoeuvres next month, state news agency Belta reported.

The “Allied Resolve” exercises will be held near Belarus’s western rim, the borders of NATO military alliance members Poland and Lithuania, and its southern flank with Ukraine, Belarusian leader Alexander Lukashenko said.