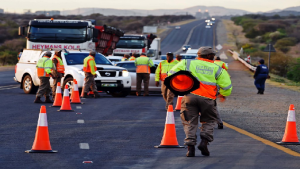 The High Court in Pretoria has declared the AARTO Amendment Act, on which the planned demerit system for traffic offences is based, unconstitutional and invalid.

The court delivered the ruling on Thursday morning.

This comes after the Organisation Undoing Tax Abuse (OUTA) challenged the constitutional validity of the Act.

The AARTO and combined demerit system will penalise drivers and fleet operators who are guilty of traffic offences or infringements by imposing demerit points that could lead to the suspension or cancellation of licences, professional driving permits, or operator cards.

It will also encourage the payment of fines and reduce the burden on South African courts, by removing the initial option to elect to appear in court.

The number of points incurred will be dependent on the nature of the traffic offence or charge.

In October last year, Outa asked the court to declare both the main Act and the Amendment Act unconstitutional.

Outa stance was that it is not opposed to the demerit system being implemented for motorists but that the scheme is flawed in its administrative processes, constitutionality and ability to reduce road fatalities.

Outa’s concerns with the AARTO Amendment Act include that it does not provide adequate means of traffic offenders receiving notice of the infringement as the Act relies on the Post Office.

In a related video from October last year, Executive Director and Head of  Accountability at OUTA Advocate Stefanie Fick explains the organisation’s stance: