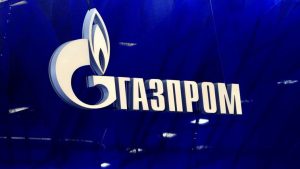 Hungary’s foreign minister and the head of Russian gas giant Gazprom are expected to sign a new long-term gas supply deal for Hungary later on Monday in Budapest, an invitation from the foreign ministry showed.

Alexei Miller, boss of Russian supplier Gazprom, is in Budapest for a visit, with the signing ceremony due at 1200 GMT.

Hungary said at the end of last month that it had agreed with Russia on all the conditions for a new long-term gas supply deal to take effect from October 1.

Foreign Minister Peter Szijjarto said at the end of August that the agreement with Gazprom would be for 15 years, with an option to modify purchased quantities after 10 years.

Hungary has relied on Russia for most of its natural gas imports delivered via a pipeline through Ukraine in the past.

However, in recent years it has diversified gas imports, opening cross-border interconnectors with most of its neighbours and securing supplies from Royal Dutch Shell RDSa.L, via a liquefied natural gas (LNG) port in Croatia.