IBM weighs on the Dow; Nasdaq and S&#038;P gain ground 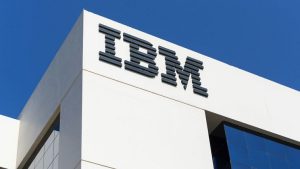 The Dow was weighed down on Thursday by a collapse in IBM shares after a disappointing quarterly report, but the Nasdaq gained and the S&P 500 index touched a record high with help from high-profile stocks such as Tesla Inc.

After hitting an intraday record on Wednesday the Dow pulled back, with IBM tumbling after missing Wall Street estimates for quarterly revenue as orders in one business segment declined ahead of a spin-off next month.

The benchmark S&P clocked its seventh straight session of gains and of its 11 major industry sectors consumer discretionary was the biggest percentage gainer during the session while energy stocks were declining the most as crude oil futures fell on concerns about demand.

However, the CBOE Volatility index , also referred to as Wall Street’s fear gauge, hit its lowest point since early July during the session.

This suggests that investors do not see a big decline or upswing for stocks ahead despite concerns about supply-chain problems increasing costs, according to Shawn Cruz, senior market strategist at TD Ameritrade.

Analysts were expecting S&P 500 third-quarter earnings to rise 33.7% year-on-year, with about 100 company reports in so far, according to the latest data from Refinitiv.

Tesla was the Nasdaq’s biggest boost during the session as investors digested the electric car maker’s upbeat earnings, despite a supply-chain warning.

HP Inc gained as brokerages raised their price targets on the stock after the personal computer and printer maker forecast upbeat fiscal 2022 adjusted profit and raised its annual dividend.