IEC&#8217;s decision to approach ConCourt instead of Parliament baffling: Tselane 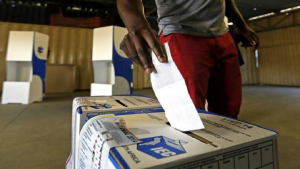 The Executive Chairperson of the Institute of Election Management Service Terry Tselane has described as baffling the IEC’s decision to approach the Constitutional Court instead of Parliament in its quest to have the local government election postponed to next year.

The IEC, a number of political parties and civil society organisations yesterday made presentations to the apex court for and against the postponement of the October 27 poll to February next year.

The court reserved judgment in the case.,

Tselane explains why the IEC may have chosen this route.

“The commission I think, instead of going to Parliament, chose to go to the Constitutional Court and I think the reason when they did so, as stated in their papers initially, is because they thought that they would not be able to get the relief they were seeking by going to Parliament. They were not going to get 75% of political parties supporting the postponement.”