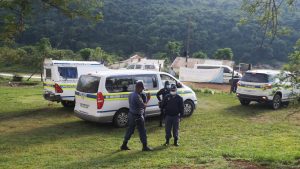 The Independent Police Investigative Directorate (IPID) has confirmed that it is investigating a complaint of assault against a police officer, involving Democratic Alliance (DA) Federal Council Chairperson Helen Zille.

It is alleged that Zille was manhandled by a police officer at a voting station in Gqeberha as she was encouraging voters to be patient.  She was accused of campaigning and almost arrested.

Voting stations close at 9 pm in the local government poll.

IPID spokesperson Grace Langa says a case of theft has also been opened against the police officer.

“We allocated an investigator, who tried to get hold of Mrs Zille but could not succeed. In this incident, it is also reported that one individual in this incident who was taking a video – the police took the phone away. It was later returned and the person opened a case of theft against the police officer. IPID will collect the dockets. Our investigation will resume with the investigation as of tomorrow morning.”

The DA earlier in a statement said that she was “frog marched” by a police officer from the premises while her arm was being twisted and she was threatened with being placed in the back of a police van.

The DA said Zille was at the Fernwood Primary School voting station where she allegedly encouraged voters in the long queue to be patient. She was apparently accused of canvassing by other party agents and was then instructed to leave by the police officer.