KZN police arrest a man in connection with Phoenix murder 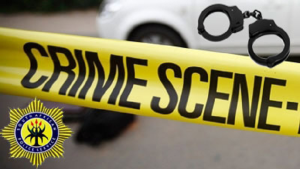 KwaZulu-Natal police have confirmed that a 57-year-old man has been arrested by police in connection with the murder of five people at a flat at Phoenix north of Durban. The man was arrested at the home of his relatives.

The man who was sought by police is wanted in connection with the murder of five people that burnt to death in an alleged arson attack at a flat in Phoenix.

Police say when the man was arrested he had sustained serious burn wounds and was taken to a local hospital where he is being held under police guard.

Seven other residents who were also in the flat managed to escape without injury. The deceased range from 37 to 3 years old. Residents reported to police that there was a domestic altercation at the home prior to the fire.