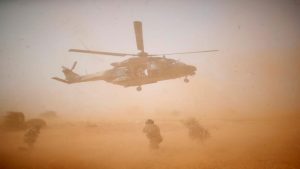 Security forces in Mali have freed three Chinese nationals abducted from a construction site in the north of the country in July, the presidency said on Monday.

On July 17, the three Chinese nationals from the COVEC construction company were seized by unknown gunmen alongside two Mauritanians with ATTM, a road-building company, 55 km (34 miles) from the town of Kwala.

“While saluting the courage of the three former hostages, the president … also congratulated the various armed forces for their professionalism,” Mali’s presidency said in a statement on Facebook.

Kidnapping has been a lucrative source of cash for militant groups in West Africa’s Sahel region, where they are waging an expanding insurgency against national armies, French forces and UN peacekeepers.

Earlier this month, a Colombian nun was freed after being kidnapped by militants near the Burkina Faso border in 2017.