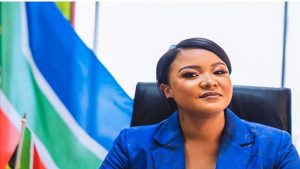 This comes after Lockman-Naidoo allowed a council sitting to go ahead which resulted in the removal of acting City Manager, Sello More.

More’s removal was supported by opposition and some disgruntled ANC councillors.

IRC Coordinator, Sabelo Pitso, insists that action should be taken against Lockman-Naidoo.

“The speaker continued with the council against the decisions of the organisation. Now that is what actually brought the results of today’s decision.  Now the IRC at as it was deliberating, we came into conclusion on the following matters that the Speaker be suspended with immediate effect,” says Pitso.

Earlier this year, the ANC caucus in Mangaung said it stood by its decision to appoint More, as outlined in the video below: