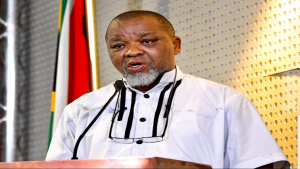 Energy Minister Gwede Mantashe has strongly denied dragging his feet on allowing private producers to generate more energy and by so doing, take the pressure off Eskom.

The power utility is expect to continue with Stage 3 load shedding for the rest of the week.

President Cyril Ramaphosa announced a partial liberalisation of the energy sector on Thursday, lifting the government’s limit on self-generation of power from 1 megawatt to 100 megawatts.

Mantashe has been accused of trying to protect Eskom’s virtual monopoly on power generation, at the expense of the South African economy.

Mantashe says the achievement of energy security is one of the key economic interventions in the recovery and reconstruction plan but concedes that it’s long overdue.

“I’m interested in Eskom recovering, developing its capacity and doing well. Now when you run entities you must have rules and there will be chaos if you break these rules. That is why we took long engagement(s).”

“When the President was twisting my arm l had to concede because you are a Minister, people who have ideas must put their ideas before you and your team reaches a particular determination,” says Mantashe.

Mantashe was speaking on the SABC’s The Watchdog programme hosted by Vuyo Mvoko: