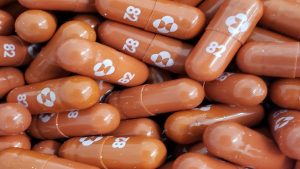 The data evaluated the antiviral activity of molnupiravir and other COVID-19 antiviral agents against COVID-19 variants of concern. Molnupiravir is yet to be studied against Omicron in human studies, the companies said.

Molnupiravir and a rival oral pill from Pfizer Inc (PFE.N) were authorized in the United States in December and are considered as important tools against Omicron.

Merck said earlier this month its pill has a mechanism that can work against Omicron and any other variant.

Molnupiravir has been authorized for use in more than 10 countries, including the United States, United Kingdom and Japan.