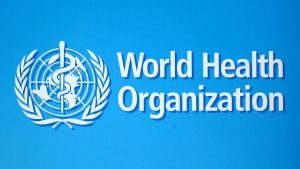 More women have reported sexual exploitation and abuse by aid workers during an Ebola crisis in the Democratic Republic of Congo since a report into the scandal was issued last month, a senior World Health Organization (WHO) official told Reuters.

Some 83 aid workers, a quarter of them employed by the WHO, were involved in sexual coercion and abuse during the country’s 10th Ebola epidemic, an independent commission said last month. read more

Dr. Gaya Gamhewage, WHO acting director of prevention and response to sexual exploitation, abuse and harassment, highlighted concerns about the scale of abuse as the WHO seeks to implement reforms and restore trust in the UN agency.

The report cited nine allegations of rape, the youngest victim was a 14-year-old girl who accused a WHO driver of offering her a ride and raping her. She later gave birth.

Gamhewage said that more people had come forward alleging abuses by aid workers at the time. She could not provide a figure as she did not have access to the complaints due to confidentiality issues.

“The more work we do, the more cases that will come to light. So already we are hearing from partners, they are also receiving more complaints,” Gamhewage said in an interview.

“This is a sign that the systems that we would like to have in place are beginning to work. We have heard through the inter-agency network that there are more complaints in Goma.”

The scandal had been a wake-up call for the aid community.

“The independent commission’s report and the testimonies of victims and survivors are a message to all agencies, not just WHO, that something is wrong with the system,” she said. “We are all shaken, we are all upset.”

She also reiterated that the WHO was referring the rape allegations to national authorities for investigation.

Sexual abuse is generally believed to be under-reported in emergency operations worldwide, according to Gamhewage, a Sri Lankan doctor and WHO veteran.

The independent probe was prompted by an investigation last year by the Thomson Reuters Foundation and the New Humanitarian in which more than 50 women accused aid workers from the WHO and other charities of demanding sex in exchange for jobs between 2018 and 2020.

WHO Director-General Tedros Adhanom Ghebreyesus took a “radically different approach” in the UN by launching the independent probe, Gamhewage said. WHO has already terminated the contracts of four employees identified as perpetrators.

Tedros issued a management response plan last week, vowing to ensure that the scandal and the suffering would be “the catalyst for a profound transformation of WHO’s culture”.

The WHO has also said it would investigate potential negligence by managers that may amount to misconduct.

Because the commission only had a mandate to investigate abuse by WHO employees or contractors, the WHO is preparing to send all 83 case files to UN investigators for action, Gamhewage said.

“We will hand over all 83 case files to the UN investigation services because there could be alleged perpetrators that work for other UN agencies,” she said.

These included 62 case files “not identified currently with WHO and we have to make sure that perpetrators, wherever they are, are disciplined”, she said.

Suspects’ names were being uploaded in the UN ‘ClearCheck’ database, a system-wide tool that screens potential employees, Gamhewage said.

“This is so serious that we want to prevent rehiring back into our system as well as other UN agencies,” she said.