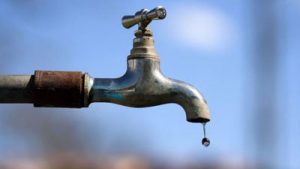 At least five towns in the province have been experiencing water access issues over the past few weeks amid soaring temperatures.

Namakhoi, among others, accuses the water supplier of not communicating during water cuts, or the time it takes to restore supply.

The municipality has been battling severe water problems for more than a decade, with the area once going without water for close to three months.

“Our people have the right to have access to basic services of clean running water, healthy sewage system and electricity as set out in our constitution. These services are really becoming a commodity and that is, unfortunately, a trend that I cannot allow to happen to my people. That is why I have taken the matter to the South African Human Rights Commission. The Human Rights Commission supplied me with the case number, meaning that the complaint has been lodged and will be looked into. We are hoping for the desired outcome,” says Bock.

Water challenges in the Northern Cape

Many communities in the province still rely on pit latrines, with little or no access to running water while the province is facing prolonged spells of drought.

Water and Sanitation Minister, Senzo Mchunu, has vowed to address water supply challenges and sewage spills in the province.

Residents of Kimberley say they want government to act swiftly.

More details in the report below: