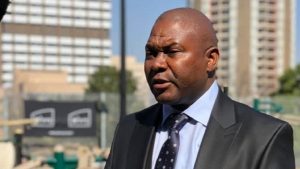 He passed away  on Saturday evening in a car crash on Soweto’s Golden Highway, at the age of 46.

The crash happened after Matongo had participated in an African National Congress (ANC) voters’ registration drive in Soweto, alongside other ANC President Cyril Ramaphosa and Gauteng Premier, David Makhura.

“Mayor Matongo was a charismatic individual, a young mayor, a person who was capable and had already demonstrated his willingness to change the lives of the people of Johannesburg. He had already championed and led programs that were going to assist the poorest of the poor in the City. His loss is not only going to be felt by the ANC only, but by the entire residents of the city of Johannesburg,” saysMdletshe .