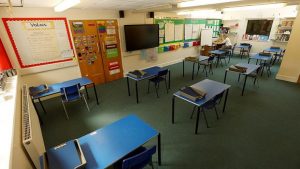 The North West Government has warned parents to ensure that the private schools their children are attending are registered with the Department of Education.

The Department has identified at least 50 schools in the Rustenburg area that are not registered, while a number of schools in Potchefstroom and Klerksdorp have also been red-flagged.

Meanwhile, the owner of Prestige Academy in Rustenburg, Cathy Chambers says her school started operating in 2009 and the school has registered 170 learners for this academic year. She says they have been making efforts to be accredited by the department but nothing has been done.

“In 2010, [Minister] Angie Motshekga came here. She said she’s satisfied, we must just apply with the department which we did. We still have not registered, nothing from the department.”

Learners from parts of Kraaipan in the North West have been unable to go to school after major storms damaged bridges.

There have been heavy downpours there in the past few weeks.

Municipal officials have visited the area to assess the damage: