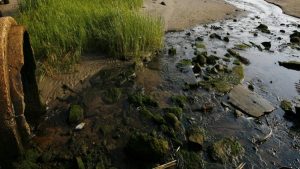 Angry residents of Jan Kempdorp in the Phokwane Municipality in the Northern Cape say there have been at least two deaths in the community due to an ongoing sewage problem in the area. Community members say the municipality has failed to fix the problem for more than two decades.

Desperate residents say the Phokwane Municipality – which is currently under administration – has ignored their cry for help. They say the tragic incident where a man drowned in a pool of sewage last week could have been avoided.

The community members allege that he is the second person to drown in the sewage water while crossing a bridge in the area. They say residents have no choice but to use the dangerous bridge which is full of holes to get to and from work.

One of the residents, Kabelo Nanie, says the sewage problem has been affecting them for years.

“The issue of the sewer dates back 26 years. This thing is killing our community. As much as one can see this is a second person that has passed on regarding in connection with this sewer, we have been marching, as we speak right now we are still in the process of marching in connection with the sewer that is flowing in our community,” says Nanie.

Two deaths in Jan Kempdorp due to an ongoing sewage leak:

Another resident, Neo Panase Pitso, says they cannot continue living under such conditions.

“We are going to make charges against them. That one we are not going to hesitate about it,” says Pitso.

Provincial Police Spokesperson, Sergio Kock, says they are trying to trace the family of the deceased man.

The Phokwane Municipality has ignored all requests for a response, despite numerous calls from SABC News.