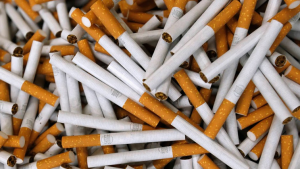 Gauteng police have seized a consignment of illicit cigarettes worth around R10 million and arrested five men in Sandton.

Police responded to information from crime intelligence and swooped on the suspects at Grayston Square on Monday.

Police Spokesperson Dimakatso Sello says the arrests are part of their efforts to fight the illicit trade in cigarettes.

Sello says, “Crime intelligence information was operationalised by Provincial Organised unit, West Rand K9 and Customs from SARS. The team stopped and searched a truck with five occupants at Greyston Square whereby a consignment of illicit cigarettes was discovered.”

“The illicit cigarettes estimated to approximately R10 million were seized and the five arrested suspects are expected to appear before Sandton Magistrate’s Court soon on a charge of possession of illicit cigarettes. Police investigation continues,” adds Sello.

In February, Business Leadership South Africa (BLSA) said illicit trade in alcohol and cigarettes during the lockdown restrictions has resulted in billions of rands lost in revenue and the mushrooming of criminal syndicates working in the black market to peddle these products.

This has also resulted in the South African Revenue Service saying it has lost over R1.5 billion in excise duty as a result of the alcohol and cigarette restrictions implemented last year.