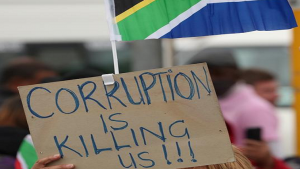 The Right2Know (R2K) Campaign has called on the country to rally behind the National Prosecuting Authority (NPA) as it focuses on acting on the findings of the Commission of Inquiry into State Capture.

In a joint statement on Wednesday, the NPA and the Hawks announced the establishment of a task force in response to the commission’s first report which highlights the NPA’s almost complete failure to prosecute State Capture corruption cases.

R2K Campaign founder and political analyst, Dr Dale McKinley, says politics should be kept out of the matter.

“Instead of saying you have done a good job and you have been slow, let us say what can we do to speed this up. What can we do to re-capacitate the NPA, DPCI and let (them) move together on this.”

“I think that is as opposed to play politics all the time with these things, which offcourse have become political footballs in the context of the upcoming elections, (and) the factional battles within the ANC,” he explains.

The video below is the full interview with Dr Dale McKinley:

Meanwhile, Business Unity South Africa (BUSA) says it is willing to assist the NPA with the necessary resources, including private prosecutors and to urgently prepare cases.

BUSA says in a statement that it will engage with the NPA on the matter.

The statement was issued following a special meeting to discuss the report.

Calls for speedy prosecution of those implicated in state capture: