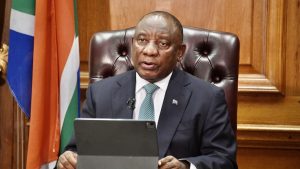 Former Intelligence Minister Ronnie Kasrils says the state’s current intelligence apparatus is dysfunctional and the Ramaphosa administration has to start acting on the 2018 Mufamadi report to reform the sector.

There has been much criticism over the apparent failure of the intelligence and security establishment to predict and avert the death of 276 people and massive looting and violence that hit KwaZulu-Natal and Gauteng.

He says he hopes the committee has now been shaken by last week’s events and will be able to do its job for the country.

He says recommendations contained in the report by former Minister Sydney Mufamadi must now be implemented.

“Going into that Mufumadi report it spelled out alarm bell, it sounded those alarm bells. So it is not surprising that we have been caught napping because the Intelligence Agency from police to certainly the intelligence under the Security Minister are not fit for the job. They have shown themselves not to be competent,” says Kasrils.

Earlier this week, Police Minister Bheki Cele denied receiving an intelligence report from the State Security Agency (SSA) regarding the unrest in KwaZulu-Natal and Gauteng.

Cele said he did not receive the intelligence report which his counterpart State Security Minister Ayanda Dlodlo spoke about.

Cele says if he had received the report aimed at assisting the government to react in time before the unrest happened, his signature would be on it as proof.

I did not receive an Intelligence Report: Cele