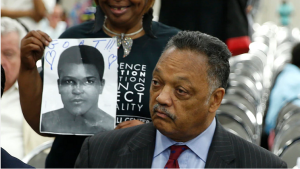 There is no indication of the condition of American civil rights leader the Reverend Jesse Jackson and his wife Jacqueline who have been admitted to hospital in Chicago after they both tested positive for COVID-19.

Jackson who was a protégé of Martin Luther King, was a key figure in the modern civil rights movement, leading policy on numerous issues including voting rights.

The Jacksons say they are fully vaccinated.

The 79-year old civil rights activist and his 77-year old wife are being treated at Chicago’s North-western Memorial Hospital where a family statement says doctors are currently monitoring them both.

The statement promises to only provide updates as they become available.

Despite suffering from Parkinson’s disease, the founder of the Rainbow-PUSH Coalition has remained active, being arrested just weeks earlier at a voting rights protest in Washington DC.