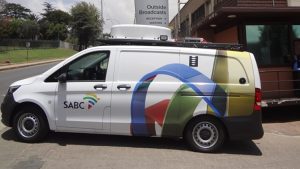 A SABC News crew – who were covering the local government elections (LGE) – has been accosted by a mob of angry residents at the Talana Hostel in Tzaneen Limpopo on Monday.

Angry residents wearing the African National Congress (ANC) branded clothes interrupted interviews and told the SABC News crew to leave the vicinity. They accused the crew of fuelling tensions in the hostel.

The crew were able to escape the hostel unharmed.

ANC provincial spokesperson Donald Selamolela has condemned the attack, stating that it goes against everything that the party stands for.

“We really really regret the incident that happened in Talana outside Tzaneen, we have immediately commissioned an investigation because we are told that the people who committed this crime were wearing t-shirts of the ANC but over and above we want to continue to call for calm everywhere across the length and breadth of our province and continue to have our people tolerate each and most importantly respecting media freedom and it can’t be people of the ANC who do that type of a crime.”

Meanwhile, some voters in the Mogalakwena municipal area in Mokopane, say they want to see credible leaders run the municipality.

The Mogalakwena municipality, which is the biggest in the Waterberg district, has been placed under administration due to maladministration, corruption and political infighting among others. The voters believe there will be changes after these elections.

“I feel great. It is an opportunity to take part in the local government. We need overall changes but most importantly is all of the service delivery. It is a civic duty that we must vote particularly young people but also we must vote so that we chose the right leaders; leaders who are not corrupt, leaders who will ensure that service delivery is something that produces real results and changes people’s lives we are tired of leaders who swindle funds that are meant for people to enrich themselves and their families.”

The voters at some voting stations at Phagameng township in the Modimole-Mokgoophong municipality have expressed mixed feelings about the importance of voting.

“I’m happy that I have voted. We rotate to get water, we don’t have water. Our children are unemployed. Our children not getting employment. I’m happy to vote. I want changes. People must stop nepotism when they employ people in the municipality.”

Voting started an hour later at Extension 8 in ward 4, in the Bela Bela local municipality where the opening of the voting station was delayed due to the unavailability of scanners.

Some voters who have cast their votes were excited. “I’m very very excited about the opening of the voting station I hope most of the people will come during the day vote is very important because the more you vote is then you get the changes in our local municipality.”

Voting stations close at 9 o’clock in the evening.