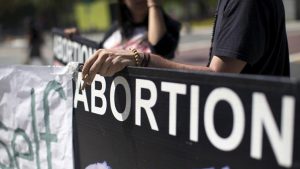 San Marino, a tiny and deeply Catholic republic in northern Italy, has voted overwhelmingly in favor of legalizing abortion.

Official results from Sunday’s referendum showed some 77% of voters backed the proposal to allow for terminations within 12 weeks of pregnancy. The turnout was low, though, with just 41 percent of eligible voters casting a ballot.

Home to 33 000 people, San Marino has been one of the last places in Europe where abortion is banned.

The list has now been reduced to just Malta, and the micro-states of Andorra, Liechtenstein and the Vatican City.

Up to now, women who ended their pregnancies in San Marino risked three years’ imprisonment. The term is twice as long for anyone who carries out an abortion.

San Marino women wanting an abortion normally went to Italy, where they could get one privately at a cost of about 1 500 euros.

Social progress has tended to be slow in the world’s oldest republic.

Women did not get the right to vote until 1960 and have only been allowed to hold political office since 1974.