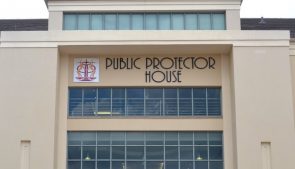 In 2019, former COO Basani Baloyi left under a cloud of controversy. Baloyi approached the Constitutional Court last year, after her application to the High Court in Pretoria to declare that Mkhwebane had failed in her duties as the Public Protector, was unsuccessful.

“Mr Mohalaba resigned his position as COO on Monday. He did not provide reasons for that. The PP would like to follow normal recruitment processes to fill the vacancy. In the meantime, a senior official may be appointed to act in the capacity. The Public Protector wishes to thank Mr. Mohalaba for the invaluable contribution he made in the face of severe resource constraints. She wishes him well for the future,” says Segwale.