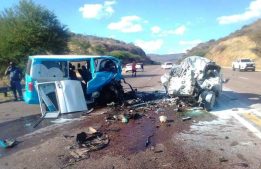 Seven people have been killed in a collision between two vehicles on the N1 between Mokopane and Mookgophong in Limpopo.

Transport authorities say the victims died on the scene. Transport Department spokesperson Mike Maringa says one of the drivers lost control and veered into oncoming traffic.