Some independent candidates in Limpopo aim to improve service delivery 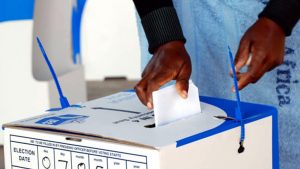 Some independent candidates who will contest for positions as councillors in the forthcoming local government elections in Limpopo say they will focus on improving services in their respective communities.

Former member of the African National Congress (ANC), Manare Mabotja says he plans to work with the community to improve the delivery of basic services such as water and sanitation.

“We lack lots of things like water, roads, lights, apollo lights, we need sports centres –  where kids can go from the streets and do their sports so that we can eliminate crime and these teenage pregnancies and drug abuse. We need to focus more on youth like skills development,” says Manare Mabotja.

An independent candidate in Ward 29 in Polokwane, Rufus Masenya says, “The reason why I decided to stand as an Indepedent is because I heard a plea from the community members, in fact the community members are the ones who asked me if I could stand for the elections. I have pillars which I can see will help the community the first one is water, roads and jobs.” says Masenya.