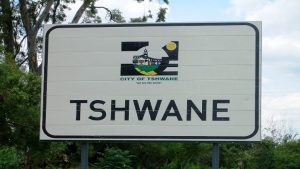 Elderly people from Soshanguve, in the north of Pretoria, marched to the City of Tshwane municipality to demand improvement of service delivery. They say poor services at a satellite municipal office, high electricity and rates tariffs and high youth unemployment in the area prompted their action.

“We have a problem. We paid a lot of money for services but we are pensioners. We enquire every month at the office and they say that amount is estimated,” says one resident.

“I am here because of our parents are in deep pain because of the tariffs of the City of Tshwane,” says another resident.

The convener of the march says tariffs from the City of Tshwane are a rip-off.

“We are the residents of Soshanguve, a place of elderly people and youth is unemployed. Place of widows and widowers and children-headed families. We are here because of the tariffs of the City of Tshwane, it’s too high. And we want to buy electricity direct from Eskom. Reason being that their tariffs are too high. They block electricity. You can’t get it and then if they block it they want 80% from a SASSA person,” says Reverend Flora Chauke, the march organiser.

The City of Tshwane has promised to respond to the residents’ grievances.

“Some of the other issues we can resolve, from the graveyard through to investigate what type of corruption is happening there. Who is selling the graves to the people there? Those are things that we can solve. So there is a lot of demands and answers they want. They wanted seven days. I told them it’s impossible, basically. If you look at all the different departments that have to comment, we have to extend the period for that also. So that we can give them a reasonable answer. Where we can solve it we will do it in the end. So we are here. We are here to serve. We are here to listen and that’s what we did today,” says Dana Wannenburg, the MMC of Environment and Agricultural Management.

The marchers who dispersed peacefully say they expect a response from the City of Tshwane within 14 days.