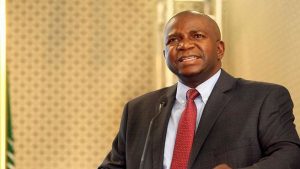 The news about Maluleke comes after the Department of Health conceded that it is falling behind with its vaccination programme.

The department says this is because of the hold on the release of the Johnson & Johnson vaccines.

The vaccines can only be distributed once the American regulator, the Food and Drug Administration (FDA), gives the green light pending the outcome of its investigation into contamination issues at a plant in the US.

1.2 million doses of the vaccine are awaiting release from the Aspen plant in Gqeberha of which 500 000 have been secured for the vaccination of teachers.

Another 30 million doses were expected to arrive in the country in the next few weeks.

By Thursday night, more than 1.6 million people have been vaccinated of which more than one million received their first dose of the Pfizer vaccine.

Department of Health Director-General, Dr Sandile Buthelezi, says because of the constraints of the delivery of vaccines, they are failing to meet their targets.

“There has been a problem as we are aware through contamination that happened in the factory in the US. Hence the Food and Drug Administration is still going to release those vaccines. That is why we have not received those vaccines.”

“Except those single those that were done through Sisonke trial that we used which was not really commercial vaccines but rather the research stock that we were using. But because of the supplying constraints that we have as a country, we are unable to move as fast as we can as South Africa,” explains Buthelezi.